Go See Ghostbusters This Weekend or the Terrorists Win: Why White Dudes Should Support Leslie Jones 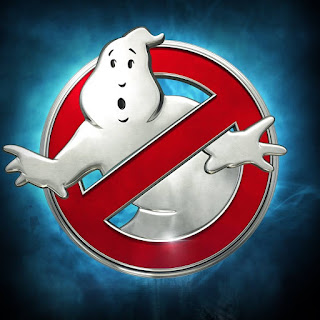 A sad-face emoticon popped up on my phone recently. It came with a text from my girlfriend, who wanted to know if I could step out of work to talk. When I called, she answered the phone crying.

“It was just so mean,” she told me, sniffling back tears at the end of her story.

My girlfriend works as a dancer, and her picture had been used in an article about an event where her company performed. Press coverage usually makes an artist happy, but my girlfriend made the ultimate internet mistake: she read the comments. The nasty, mean-spirited ones about her body that follow women around on the internet like emotional drones, lobbed by people far removed from their consequences.

Leslie Jones quit Twitter a day or so later, the victim of a well-publicized campaign of racist harassment.

And that’s when I realized I would have to go see the new Ghostbusters, no matter how bad the trailer, or that hideous theme song remake, made it sound. It was my civic duty as a non racist — otherwise known as decent — white person. But the Facebook feed wasn’t so thrilled.

My cheesy attempt at reparations was met with derision by a family member, who equated my newfound support for Ghostbusters with a lack of support for free speech. He called me out for contributing to that current political bugaboo “P.C. culture.” The suspension of Milo Yiannopoulos, Jones' heckler-in-chief, from Twitter showed a clear double standard, I was told. And besides, actors and public figures are fair game for trolling: “people who can’t take the heat should get out of the kitchen.”

Most people wouldn’t cry free speech to defend the rights of assholes to call black women apes, but my family member’s core message wasn’t that far from the mainstream. The Atlantic and The New Yorker have both featured lengthy articles that worry if today’s youngsters might be too sensitive. One of my professors at the CUNY Graduate School of Journalism said the entire class should read Brett Easton Ellis’ Vanity Fair essay Generation Wuss, in which he dubs millennials over-sensitive, passive-aggressive sissies. (Confidential to Vanity Fair, and cq: typo, graf 6, final sentence, get at me if you need a ce).

There is some truth here. We live in a time when people are constantly asserting the right to define their own identities, and keeping up with current standards does take occasional self reflection — witness Larry Wilmore’s surprise on The Nightly Show when he learned that “tranny” is considered a slur.

But a simple solution exists for the P.C.-beleaguered: just don’t be an asshole. Treat people how you would like… well, you know that one. And remember that sometimes words really do have consequences. Free speech rights have never been absolute; think fire in a crowded theater or threats of violence.

Sure, the consequences of nasty rhetoric might seem far away from behind a computer screen, but they were real enough when my girlfriend called crying, and you can bet Jones knew her career would suffer if she stayed away from Twitter too long — witness her swift return.

People may argue that Twitter posts and internet comments should never lead someone to cry, but the “I ain’t afraid of no trolls sticks-and-stones” argument ignores the real problem. Jones' case exposes a vile, racist underbelly of American culture — and that is what we need to stand up against. As Ijeoma Oluo points out in The Guardian, Jones was deliberately targeted because of her race, gender and failure to live up to traditional standards of beauty. Women, and especially women of color, are attacked more frequently in the public sphere simply because of who they are. This constant online terrorizing leads to a world where “free speech” really means more speech for me, because I’m better at hogging the microphone.

And that’s why I’m urging all decent white people to hand the microphone — and the prominence that comes with success — to Leslie Jones, and a corny Ghostbusters remake this weekend. Because I don’t want to live in a world where the trolls, or the terrorists, win.

I’ll see you there on my next day off, posted up with some stale popcorn, my girlfriend and a happy-face emoticon.