CELLspace, community arts center, closed its doors at the end of 2012.

During the late '90s and early aughts, there was no better place to see the Mission District’s artistic, multicultural vibe than CELLspace.  San Francisco prankster Chicken John was known to decorate the 10,000 square foot warehouse as a Las Vegas casino; the Flaming Lotus Girls created their first large scale fire installations in the CELLspace metal shop, and during Carnaval, the space would burst at the seams from the ritual drumming, colorful rattling costumes and sheer number of teenagers involved in groups like Loco Bloco and Danza Azteca.

Michael Sturtz was so impressed by CELLspace that he named his industrial arts school, The Crucible, after their art gallery.

“The name was inspired by the Crucible Steel Gallery, which was the CELLspace gallery at the time,” he said.

Burning Man’s Arts Advocate and Community Events Producer Steven Raspa held his first interactive art exhibit in that gallery.  "Cell has played a vital and significant role in the underground creative community in the Bay Area for many years,” he said, adding that he could recall, “numerous mad-capped happenings that defied explanation.”

And it all began with a window in the bathroom. 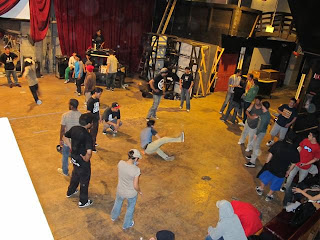 Jonathan Youtt, Justin Bondi and Tryntje Rapalje were living in a dusty, illegal unit attached to a warehouse screen printing business, in what was then called the North East Mission Industrial Zone.  It was a lively apartment, with live music, puppet shows and independent film nights.  In the quieter moments, they would gaze out the bathroom window and watch the T-shirts dry.  They would imagine a better world.  A world with art.  A world with community.

It was 1996 in San Francisco.  A time when you could still find a room in the Mission for $300, and the dotcom boom hadn’t turned empty warehouses into prime real estate.  When the screen printing business moved out, the dreamers moved in.  They signed the papers on the Spring Equinox.

The early years at Cell were marked by chaos and construction.  Dave X was known to test his flamethrowers behind the building on Florida St., Jojo La Plume created an open craft loft in the homemade mezzanine, and the Sisterz of the Underground offered free breakdancing lessons for aspiring b-girls on the main space floor.  On some days, you might have seen all three happening at the same time.

This writer first walked through the doors in the fall of 2000, looking for a place to practice juggling.  Tamara Li, one of only three employees — in a space open from 10 a.m. to 10 p.m. — said, “for something like that, you could just pick a couple of chores off the chore board.”

Jonathan Youtt pointed out that CELLspace was never just about Burners.  When some local youth were discovered painting graffiti on the outside of the building, they were encouraged.  Those walls later hosted many great street artists, like Swoon, Spie, and Joel Bergner.  Joel Bergner painted his first outdoor mural, “De Frontera a Frontera,” on 2050 Bryant, for which he won Best Public Mural from Precita Eyes in 2004.

“We were the only community space for a while that would even touch youth [programming], and youth hip hop shows,” Youtt said.  “We provided a place for the Third Eye Movement, United Playaz, and other groups to organize against Prop 21,” a 2000 ballot initiative that made it easier to try juveniles as adults. But it wasn’t all playa dust and b-boys.

The caretaker system — where members traded “20 hours” of work in exchange for cheap rent upstairs — led to burnout, and monetary theft.  The space was run by collective consensus, which involved painfully long meetings.  One irate member could freeze decision making, and some meetings ended in screaming matches and tears.  And there were constant problems with the city.  The building at 2050 Bryant St. was never meant to be a public space; bringing it up to code proved to be a nightmare.  CELLspace was temporarily closed by the police or fire departments so many times that some members lost count.

During these shutdowns, CELLspace had to look outside of its doors to bring in money, and that led to an expansion.  Jonathan Youtt convinced the owner of an empty warehouse and parking lot out back to let Cell have fundraisers there.  A group of members envisioned a flea market for the Mission, run with the CELLspace ethos in mind. This writer insisted it would never work. 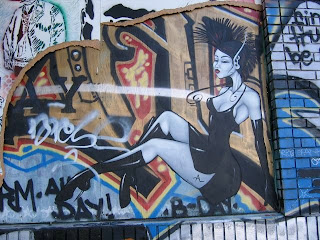 The Mission Village Market grew to be Cell’s biggest moneymaker, and rivaled the Alemany Flea Market as a destination for vendors.  Mission Urban Arts — a Cell-founded after school program — used the extra building to teach breakdancing, DJing and other skills to Mission youth, and the bike-education group The Bike Kitchen taught their first free workshops at the Mission Village Market.

With two buildings, in-house youth programming, official 501c3 non-profit status, and an eventual Place of Entertainment permit in 2005, the once kooky warehouse space had grown up.  But as CELLspace became more established, the culture changed.  The space relied less on volunteers, artists and live-in caretakers, and more on paid staff.  Collective consensus gave way to weekly staff meetings, and monthly board meetings, as nonprofit status required by law.

During this transition, most of the original members left.

“In the '90s it was, live there for nothing, work your ass off,” said Russell Howze, a longtime CELLspace member.  But by the time Howze quit volunteering in 2005 he said, “the culture of making art for participation’s sake was pretty much gone.” 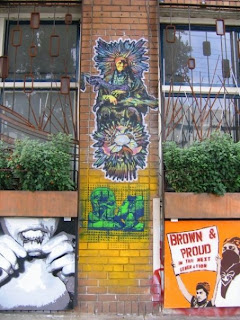 Despite changing the guard, the space appeared to be thriving.

Cell’s 10th birthday party in 2006 was attended by a who’s who of Mission nonprofit workers, and politicians like Tom Ammiano and Chris Daly.  But later that year, CELLspace lost its second building to make way for a housing development, and was forced to close the Mission Village Market.  Cell had to move all of it’s programs into one building, and the needs of the competing programs clashed.  Tension grew between the events department and the staff who ran the youth program, leading to subtle accusations of racism on both sides.

Grants helped to cover the loss of income from the market, but a lot of the money was wasted.  After one of the larger grants was received, the staff were given cell phones (no pun intended) for conducting CELLspace business.  Within one year, they would have no business to conduct.

“Essentially, large amounts of money were mismanaged, one grant in particular from DCYF (Department of Children Youth and Families). Money was spent on things it shouldn’t have been, there were gang dynamics in place — it became a high risk situation in some of the decisions that were made, programmatically and financially,” said one former employee who preferred to remain anonymous.

In early 2007, employees who argued about the direction the space was going were let go, beginning with this writer.  Later that year, paychecks for employees of Def-Ed, the Adult Art Education Program and Mission Urban Arts started bouncing.  After months of assurances, waiting and mystery from the admin, everyone was laid off.  Classes were cancelled, events business fell off, and a locked door at 2050 Bryant St. became the norm.

Helen McGrath, the former Programs Director, was heartbroken to tell the 200 kids in Mission Urban Arts that the program would end, and didn’t want to let CELLspace close.  McGrath, Lizbett Calleros, and former Board President Dorian Johnson reached out to older members and formed a small coalition of volunteers to save CELLspace.

“Dave X and Dorian Johnson really gave it a go,” said Howze, who also came back to volunteer after the crash.  But in 2009, the fire department told CELLspace that even though they had a Place of Entertainment permit, they would now need a separate Place of Assembly permit.  That meant construction, and Cell didn’t have the money, or the volunteer base to get it done. 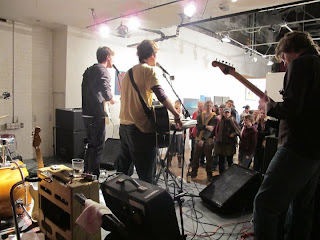 The space limped along for years, but by the end of 2012, the landlord was fed up with Cell’s inability to pay the rent on time.  2050 Bryant St. was given to new management and officially became Inner Mission on January 1st 2013.  Inner Mission is the first ever Bcorp entertainment business.  A Bcorp is a new type of corporation that places a higher emphasis on sustainability, ethical sourcing and equitable treatment of employees, but still operates on a profit model.

Russell Howze and Jonathan Youtt saw the transfer of CELLspace from a non-profit community center to a for profit entertainment business, as another symbol of the Mission district’s gentrification, and the decline of the arts culture in San Francisco.

“In the long run, the spirit had moved to Oakland,” Youtt said. 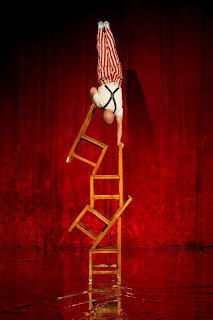 Dave X was less forgiving.  He felt that the space could, and would have survived, if more people had pulled together to finish the final construction project for the POA — an enclosed exit in the back.

“In the end it went down not because it was getting shut down by the cops or whatever, but it closed because of our own incompetence,” he said.

CELLspace is survived by a warehouse arts culture that moved to Oakland, and a crew of former volunteers and employees, who, despite being spit on, shot at, bankrupted and worked until they couldn’t see straight, will miss it dearly.

CELLspace will be remembered with a private memorial service on March 21st — which would have been Cell's 17th birthday — at Inner Mission, 2050 Bryant St.  7 p.m. until whenever.

Post your corrections, remembrances, rants, raves, diatribes and essays in the comments.

Thanks for reading,
—Devin Holt
Posted by -JDH at 2:02 PM

New comments are not allowed.