The 10 most annoying things about San Francisco


I left my heart in San Francisco.  How many times have you heard that?  Yeah, yeah, culture, diversity, food, blah blah blah.  Sure, San Francisco is great, but if you stay anywhere long enough, you’re gonna notice some warts.  So today, I’m taking the gloves off and calling out The City by the Bay. 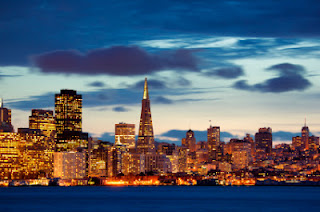 10.  It’s too fucking expensive.
$2000 to live in your basement?  And I’m not allowed to come upstairs?  3 years of tax returns and a letter from the bank to live in an alley behind a McDonald’s parking lot full of crackheads and gangbangers?  It’s enough to make you wish the real estate market would crash.  Oh wait, it did--and rents went up!
Solution: Start singing the East Bay blues...

9.  Crazy people.
I’ve had a homeless stalker, my palm read by a half naked transgender prostitute, and lost count of the random screamers.  The first week I moved here I saw a guy sitting down by Haight st. with his pants off peeing at tourists.  I don’t mean towards--I mean at.  Back then it seemed crazy; now it’s just The Haight.  I know it’s hard out here for a pimp, but can’t we do something?

8.  The Weather.
San Francisco has 2 seasons: cold and rainy, and cold and foggy.  I heard on NPR that Global Warming will probably make San Francisco even colder (!?!).  And I love Mark Twain, but the first person who puts that fucking quote in the comments section is banned for life.

7. Oakland.
I’m sick of hearing about Oakland.  I’m especially sick of everything and everyone cool from SF moving there.  Last time I checked, Oakland was, like, on the other side of the bridge, or something.
Solution: Move to Oakland.  Start new list of annoying things.  First item: People that just moved in from San Francisco because it’s so “cheap.”

6.  How every movie or tv show filmed here thinks everything happens right next to the Golden Gate Bridge, or in Chinatown.

5.  Tourists.
Sure, they bring in money for the economy, but what’s wrong with walking faster than a snail?  Move people!  Some of us have to get to our 4th job so we can pay for our $2000 basement.
Solution: Take a day trip to Oakland.  There are no tourists in Oakland because they are scared of black people.  This would be funny if it wasn’t true.

4.  Stuck up Burning Man people.
Less of a problem than it used to be (see #7) but it still makes the list.  Hey you, Mr. walking piece of art, neo hippy, I have a shower but don’t use it, too cool for common courtesy counter culture extraordinaire.  I have news for you: Fake fur looks bad on young people and adding a couple of decades and twenty pounds is not going to help.
Solution:  Drink the kool aid and go to Burning Man; the annoying people are still annoying, but the nice people outnumber them.  And it turns out that fake fur looks pretty good on hot girls--if that’s all they are wearing.

3.  Cars that don’t stop when passengers get off the Muni train.
What is wrong with these people?  If you’re so desperate to get to work that you need to run over strollers and old people then it’s time to look for a cheaper basement.
Solution:  Carry a brick.  Train stops, door opens, toss brick.  If the driver stops--no harm done.

2.  Anyone who thinks it’s ok to be a self righteous douchebag as long as you ride a bike.
You know who you are.

Did I miss something?  Totally off base?  Let me know.  Please note: Posts defending Muni from car owners, bike riders, and the generally lazy will be deleted--you get one sentence to explain why that doesn’t apply to you.

Thanks for reading,
--JDH